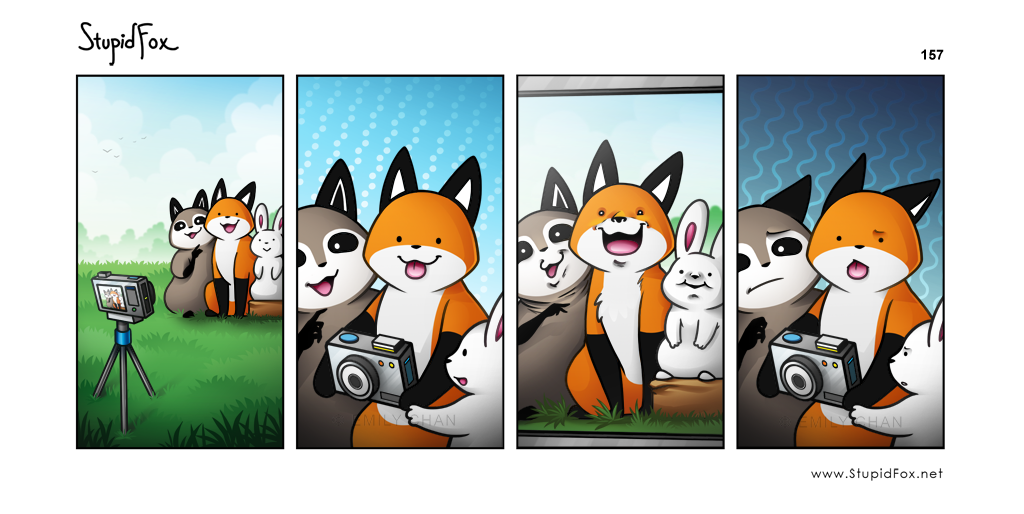 (I do not control the poster sales below; sorry!)


A picture says a hundred words and raises a thousand questions.


Did that happen in a split second?


I'm not photogenic whatsoever so I understand how often bad pictures come out. It's 1 in a 100 for me


Is that how animals look like when they take a picture? If so, my dog doesn't make good selfies with a camera.


LOL always happens to me


The bunny is the creepiest in this pic :}


O.o that photo of StupidFox is weird, I mean that nose thou


Rats are various medium-sized, long-tailed rodents of the superfamily Muroidea. "True rats" are members of the genus Rattus, the most important of which to humans are the black rat, Rattus rattus, and the brown rat, Rattus norvegicus. Many members of other rodent genera and families are also referred to as rats, and share many characteristics with true rats.

Rats are typically distinguished from mice by their size. Generally, when someone discovers a large muroid rodent, its common name includes the term rat, while if it is smaller, the name includes the term mouse. The muroid family is broad and complex, and the common terms rat and mouse are not taxonomically specific. Scientifically, the terms are not confined to members of the Rattus and Mus genera, for example, the pack rat and cotton mouse.


The domestic cat[1][5] (Latin: Felis catus) or the feral cat[5][3] (Latin: Felis silvestris catus) is a small, typically furry, carnivorous mammal. They are often called house cats when kept as indoor pets or simply cats when there is no need to distinguish them from other felids and felines.[6] Cats are often valued by humans for companionship and for their ability to hunt vermin. There are more than 70 cat breeds; different associations proclaim different numbers according to their standards.

Cats are similar in anatomy to the other felids, with a strong, flexible body, quick reflexes, sharp retractable claws, and teeth adapted to killing small prey. Cat senses fit a crepuscular and predatory ecological niche. Cats can hear sounds too faint or too high in frequency for human ears, such as those made by mice and other small animals. They can see in near darkness. Like most other mammals, cats have poorer color vision and a better sense of smell than humans. Cats, despite being solitary hunters, are a social species and cat communication includes the use of a variety of vocalizations (mewing, purring, trilling, hissing, growling, and grunting), as well as cat pheromones and types of cat-specific body language.[7]

Cats have a high breeding rate. Under controlled breeding, they can be bred and shown as registered pedigree pets, a hobby known as cat fancy. Failure to control the breeding of pet cats by neutering and the abandonment of former household pets has resulted in large numbers of feral cats worldwide, requiring population control.[8] This has contributed, along with habitat destruction and other factors, to the extinction of many bird species. Cats have been known to extirpate a bird species within specific regions and may have contributed to the extinction of isolated island populations.[9] Cats are thought to be primarily, though not solely, responsible for the extinction of 33 species of birds, and the presence of feral and free ranging cats makes some locations unsuitable for attempted species reintroduction in otherwise suitable locations.[10]

Since cats were venerated in ancient Egypt, they were commonly believed to have been domesticated there,[11] but there may have been instances of domestication as early as the Neolithic from around 9,500 years ago (7,500 BCE).[12] A genetic study in 2007 concluded that domestic cats are descended from Near Eastern wildcats, having diverged around 8,000 BCE in West Asia.[11][13] A 2016 study found that leopard cats were undergoing domestication independently in China around 5,500 BCE, though this line of partially domesticated cats leaves no trace in the domesticated populations of today.[14][15]

As of a 2007 study, cats are the second most popular pet in the United States by number of pets owned, behind the first, which is freshwater fish.[16]

The very early universe, from the Planck epoch until the cosmic inflation, or the first picosecond of cosmic time; this period is the domain of active theoretical research, currently beyond the grasp of experiment in particle physics;

The early universe, from the Quark epoch to the Photon epoch, or the first 380,000 years of cosmic time, when the familiar forces and elementary particles have emerged but the universe remains in the state of a plasma, followed by the "Dark Ages", from 380,000 years to about 150 million years during which the universe was transparent but no large-scale structures had yet formed;

The period of large-scale structure formation, including stellar evolution, galaxy formation and evolution and the formation of galaxy clusters and superclusters, from about 150 million years to present, and prospectively until about 100 billion years of cosmic time; The thin disk of our galaxy began to form at about 5 billion years.[2] The solar system formed at about 9.2 billion years, with the earliest traces of life on Earth emerging by about 9.8 billion years.

The far future, after cessation of stellar formation, with various scenarios for the ultimate fate of the universe.

Latest comic in your News Feed: